Technology is developing rapidly these days, and things aren’t going to change anytime soon. For a while now we live in the age of the internet and technology, and we can claim that the human race is reaching some amazing heights. One of the pieces of tech that both the internet and various electric devices started to take advantage of is of course wireless technology.

As you probably noticed the wireless tech is starting to surround us on every step. Don’t worry, this is a good thing, and it shows the signs of the massive development that lies ahead of us. What we’re going to talk about today is the matter of wireless charging. Now, be sure to notice that this is not a completed task, as of now. But, it is within the reach of scientists to fully implement wireless charging on all of our devices. In this article, we’re going to go a bit ahead of ourselves and discuss the four ways wireless technology is changing the way we charge devices.

This is beyond amazing. For so long now, we’ve always been tied to the electric port were we out our charger. Once the phone or a laptop is put on a charger, you can only use it in the proximity of the electric port. This limits our movements, and while the device is not fully charging we can only use it as far from the port as the cable allows us to.

This is going to be great when the age of wireless charging comes down on us. If you follow companies such as powermat.com, then you know that we’re not so far away from having it in our everyday lives. But for now, we are slaves of the cables. Back in the day, if you forget your charger which usually went accompanied by a cable, you were damned to have your battery go down until you return home or find someone to borrow you a charger.

Charging on the Move

This future is still far away, but once wireless networks spread to each corner of the world, you’ll be able to have your phone charged at all times wherever you are. For now, we’re not anywhere near this solution, but it will be a part of our future. For now, good science people are working on making rooms that will be able to refill your devices from the moment you step within. The secret lies in the radio waves, and an idea Nikola Tesla had decades ago. The famous Serbian scientists had an idea that power could be transmitted wirelessly. If this idea comes to fruition we’ll have the famed Serb to thank first.

It Will be Quicker And Safer

This is the focal point of any research tied to the wireless transmission of power. It does not only relies on the idea that it will offer fast and cable-free charging of our devices, but it also works on the idea that it will be completely harmless for human beings. All of us remember those multiple incidents which involved a cable charger and a battery on a smartphone that even left people severely injured. With wireless charging, this would become a distant past. 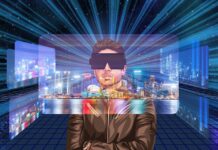 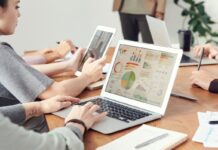 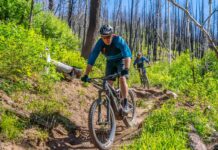