“Catastrophic anime adaptations” is how we would summarize this article. For the sake of the dedication and effort put into some of the worldwide recognized manga, we don’t mind playing with fire and snubbing some of the anime adaptations that left viewers utterly disappointed. So here are the 10 greatest Manga you should watch whenever you get a chance.

Not every Shonen anime is worth the hype. Black Clover proved it to the fans of the genre. The animation studio, Studio Pierrot that gave us world-renowned anime such as Naruto and Bleach, was responsible for the production of Black Clover.

Surely, the fans were hyped to watch it since Pierrot has released some of the most mainstream anime, yet it failed in doing so. The only probable reason could be that the anime was only greenlit for one season, implying they had a limited production budget. As a result, viewers believe the quality of the animation and the execution of the story was bound to decline.

The Black Butler anime turned many heads with its first season and fans (sadly) held a lot of expectations when its sequel was announced. But the story took the same disappointing leap as many anime ridden with filler episodes do and deviated from the actual plotline of the manga.

It felt as if the viewers were watching fillers from Naruto, which consumed most of the series. Many were left disappointed that the episodes did not have any correlation to the actual source material. Quite a shame for an anime that inspired the cosplay, art, and anime community with its unique art style and plot.

While the Fruits Basket manga follows the slice of life genre, it still has its gloomy moments. The 2001 anime adaptation focused more on the happier bits and set aside some of the dark aspects as shown in the manga. A list of merely 26 episodes was not enough to cover its extensive story.

The anime ended abruptly without any clear explanation about the manga’s ending. However, a new remake was out in 2019, with a second season announced already. Fans are hoping the newer seasons will cover the tragic and beautiful moments that encompassed most of the original plotline.

If compared to the harem genre of anime such as High School DxD, Rosario + Vampire could not achieve the same fame as most harem anime have. The action scenes were a huge turn-off because the ecchi element encompassed more of the show and did not focus on its Shonen aspects.

The manga was not bombarded with fan-service scenes. The anime, however, turned it into solely an ecchi anime, which deviated from the character development arc of the protagonist by failing to highlight his issues and trials as shown in the manga.

How many anime have you watched where the lead protagonist turns out to be some demon lord? Blue Exorcist built great hype but that was way back in 2013. Fast forward to 2017, fans were still disappointed it did not have a second season, but in the very same year, a sequel was announced.

While Blue Exorcist does not have any visible issues in the animation and character artwork, it fell short of how the story was executed. The moment the story begins to build up, you are bombarded with random filler episodes. After a few episodes, you feel as if you are watching a generic Shonen anime with a rusty plotline that has forgotten its roots.

Aku no Hana (Flowers of Evil) gives a very realistic outlook on worldly exploitations and the evils that surround many of us. The only part where Aku no Hana’s manga outweighs its anime is the art design. Most manga readers were disappointed with the overall character design and art direction.

The rotoscoping animated scenes distract the viewers from the story. But some have advocated that the weird art justifies the creepiness the story originally is meant to have. Nonetheless, a unique effort in making the visuals different and creepier but the manga carries more depth and plot detail overall.

The first season of the Tokyo Ghoul anime had its plot pitfalls yet, it pleased fans with its accurate depiction of the Manga and of course, the opening song simply cannot be ignored. Fans feared that another anime sequel could be a hit or a miss and they were right as Tokyo Ghoul Root A turned out to be an utter mess. It not only skipped some of the most crucial moments in the manga but even skipped the final boss fight, which many viewers were rooting for.

Having only one season made, Deadman Wonderland did not live up to the expectations fans had when they watched the first adrenaline-rushing episode. The manga is well-known for its eerie and gruesome moments but the anime did not visualize any such elements.

The story became too generic with predictable action scenes. Even the ending wasn’t satisfying for the viewers. Some even called the ending uncreative and unoriginal since did not have much to do with its manga counterpart.

The Gantz manga follows a bizarre story that grips your attention from chapter to chapter but the anime did quite the opposite. The anime was not loyal to the manga and went as far as altering the personality of the protagonist.

Not to forget, it had some awfully boring scenes, where the characters pointlessly stood in a room with the Gantz orb and wasting half their time talking away. However, the CGI movie remake Gantz: O of the Osaka Mission arc is more accurate to the story. The 3D visuals are immersive and upscale the overall viewer experience making it a worthy watch if you’re a Gantz fan.

The twisted story of Berserk manga is running since 1989 and fans do not know when it will end. The 1997 anime movie adaptation of the manga still did justice to the story, but the 2016 anime remake is nowhere near the 1997 movies, let alone the manga. Anime viewers could not stress enough how terrible the 3D CGI looked and have deemed anime as a disgrace to one of the greatest manga of all time. Berserk not only has a profound story, but its creator, Kintaro Miura spends years intricately drawing each chapter. Undoubtedly, Berserk’s anime is a missed opportunity in the anime world.

If you have not already watched the anime we have mentioned, then most of the series are available on streaming platforms such as Netflix and Crunchyroll. You only require a high-speed internet connection to watch any season into oblivion and be a judge of our verdicts yourself. In case, you’re searching for a reliable connection, we recommend you to visit https://www.localcabledeals.com/ to find all the providers nearby.

These are not the only anime adaptations that have been snubbed real bad. If you have watched an anime that ruined your favorite manga then we would not mind a heartfelt rant in the comments! 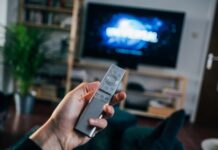 Vaib Sharda - September 22, 2021
Felly is a singer-songwriter from the Netherlands. He has released three albums and many songs, including “The Last Day of My Life” which went...

6 Tips for Decorating your Gaming Room with Neon Light

How to Purify Your Home and Take Care of Your Body...

5 Tips For Keeping Your House Clean And Tidy Always

What Is Military Medical Malpractice

Who is Priscila Minuzzo? All You Need To Know About Alex...