When plastic surgery was made available to almost everyone, changing what we do not like about our bodies became entirely normal. It feels like everyone has had at least one treatment. One of the most popular, after the breast silicones outbreak in the nineties, is the one that adds volume to the lips. Lip filler, as it is called today. Why is it so? Probably because beauty standards have been set by women on the TV for years now, and all of them have that perfect face, with perfectly full lips. It seems like because of those women, every single one “pumps” her lips, now. The doctors say it is by far the most frequent type of cosmetic procedure they have been performing daily.

If you want to find out more about this procedure, read the rest of the article and find out all about what lip fillers are, what are their benefits and what are the things you need to know before taking a step towards having your lips beautified.

The name explains the term itself, they are cosmetic products aimed to fill in or reshape what is considered to be imperfect on the face until a person is satisfied. There are several types of lip fillers on the market, and the biggest difference is between permanent and semi-permanent ones. Permanent fillers can last for several years because there is no dissolution of fillers in the tissue, enzymatic degradation, or movement of molecules in the tissues due to their size.

With semi-permanent fillers, the results last for several months up to a year, but they need to be repeated more often in order for the lips to retain the desired fullness. These are also more affordable fillers that allow you to “try out” the action of fillers if you decide on them for the first time.

Now that you know what they are, below are the benefits and the most important things one should know about fillers.

1. Allow only qualified experts to work on your lips

If you fear this is one of those surgeries that will be irreversible, worry no more.
As it was written above, both permanent and semi-permanent do not last a lifetime.

However, this treatment should be taken as seriously as possible. There are certainly a lot of things you need to know and need to be informed about before making a final decision on whether this is really for you. The first and foremost thing – the foundation and the law – is to choose the right expert and doctor who understands exactly what you want. In the age of the internet and social networks, most polyclinics like beautyskinclinic.co.uk have their own pages where you can look at the work of the expert you are considering.

2. It’s not painful as it looks

Okay, this is the question that absolutely all people think about and ask first. As pain is such an individual thing it depends. If you have pretty high pain tolerance, you shouldn’t be worried at all. But even if you are very sensitive and get a panic attack when you pluck your eyebrows, you’ll be surprised to experience minimal pain. Of course, this part also really depends on who is behind the needle, or how gentle the hand is. The sting is felt, and let’s be realistic all girls who aren’t fans of needles will definitely not remain indifferent.

But it is important to mention all dermal fillers also contain local anesthesia, which reduces pain to a minimum.

3. You will not lose the feeling in your lips

The question that tends to circle in every mind is connected to the possibilities of damaging the nerves around the lips. Will you have a different feeling? Will they be weird to the touch? Will they feel harder? The answer is no. When done properly, the lips are no different than before the filler.

4. One of the greatest benefits is the result which is visible right after the procedure

The results are visible immediately, and this is what makes it worth a while! The lips are a bit swollen after the procedure, but after a day or two, they return to their normal condition. It is also possible to have bruises around the lips because the skin is very sensitive there. But after three days or so the bruises will be gone.

5. Side effects and what can you expect afterward

There are many fillers available on the market. Unlike other fillers, collagen and hyaluronic fillers are the most common so their side effects are much better known. With hyaluronic ones, redness and swelling may occur in the injection areas, which usually passes within a few hours, and you can return to daily activities.

In addition, tiny white spots may appear under the skin that sometimes cannot be removed except surgically, but this side effect is very rare. When injecting collagen fillers, a few years ago there was a possibility of frequent allergic reactions because the fillers were produced from animal substances.

Today, thanks to advanced science, the occurrence of allergies has been reduced to a minimum. However, it is advisable to do a sensitivity test on fillers and consult a verified doctor before, if you think this might happen to you. The most important thing is to give up combining different fillers in the same area (minimum 12 months) as this could lead to unwanted consequences. Choose one type and stick to it.

Lip and face corrections were once considered a taboo topic, but today improving the appearance of your own lips is almost one of the most common procedures, as it was mentioned in the beginning. Corrections with fillers has become available to a larger number of people, and it is preferred precisely because of the speed of the treatment and the possible quick corrections if and when needed. 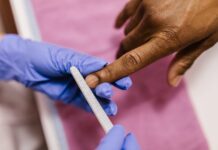 How to Choose the Best Nail Buffer 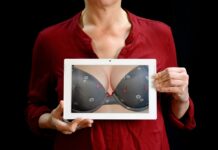 How Often Should You Update Your Lingerie Style? 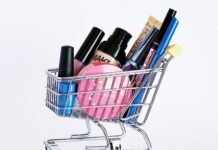 4 Tips and Tricks for Buying Beauty Products and Makeup Online

Maria Farnham - October 20, 2021
It is not an easy task to manage all the shipments for an online business but when you have the right knowledge with you,...

Who is Pele Cowley? Wiki, Biography, Age, Spouse, Net Worth

Why Is Pandora Finance mt5 Platform Best for Secured Transactions?

What Are the Most Popular Games in Online Casinos?

Is It Better to Start With Acoustic or Electric Guitar

Different Types of Trading Accounts & How to Choose the Right...

8 Life Skills to Teach Your Child

Can You Keep Doubling Your Bet Until You Win?

Eco-friendly products for a greener lifestyle

Which Cryptocurrency is Best to Invest Now in 2021?