The hellyeah lead singer dies is a breaking news story that has been circulating the internet. Lead singer Chad Gray passed away in his sleep on March 29, 2018.

Mudvayne, Nothingface, and Pantera/Damageplan were among the members of the alternative metal supergroup Hellyeah. Hellyeah was formed by Mudvayne lead singer Chad Gray and Nothingface bassist Tom Maxwell during the 2001 metal package tour Tattoo the Earth, and was completed when former Pantera drummer Vinnie Paul arrived, marking Paul’s first band since his brother and former Pantera guitarist Dimebag Darrell was murdered (the two had formed Damageplan after the demise of Pantera). Hellyeah performed old-school good-times thrash and power metal that recalled the music of their childhood, with just a bit of the Southern rebel scream tossed in for good measure, in a minor divergence from the members’ individual bands. Paul died in 2018, but his portions were utilized in Welcome Home in 2019. 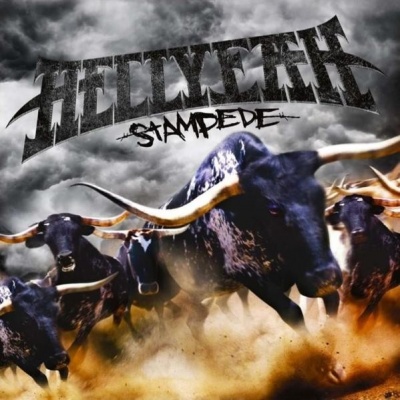 Hellyeah was founded in 2006 in Dallas, Texas, by Chad Gray (vocals) and Greg Tribbett (guitar) of Mudvayne, Tom Maxwell (guitar) and Jerry Montano (bass) of Nothingface — the latter of whom previously performed with Danzig — and Vinnie Paul of Pantera/Damageplan. Epic Records published the group’s self-titled debut in April 2007. Montano departed the band shortly after the album’s release, and was replaced by Damageplan bassist Bob Zilla. Hellyeah started working on new songs after hiring a new bassist, and their second album, Stampede, was released in 2010. Band of Brothers, released by Eleven Seven Music in 2012, was a commercial success because to the songs “War in Me” and the rousing title track, and 2014’s Blood for Blood saw the band split ways with Tribett and Zilla, with the latter being replaced by Bloodsimple bassist Kyle Sanders. The band released Unden!able in 2016, a gloomy and violent album that included a scorching rendition of Phil Collins’ “I Don’t Care Anymore” with guitar parts from late Pantera guitarist Dimebag Darrell. On the Billboard 200, the album reached number 25. Unfortunately, drummer Paul died in June 2018 in Las Vegas, where Hellyeah were recording a new album. He was 54 years old at the time. The finished album, Welcome Home, was released in September 2019 and was the final to include Paul on drums. Roy Mayorga of Stone Sour was later confirmed as Hellyeah’s replacement on the road.