Tu.tv
Home Language Why You Should Consider Enrolling For A Language Course

Learning a foreign language is one of the best things you can do for yourself. Not just that you will be able to visit the country and understand the residents, but also it can boost your creativity and brain activity, embracing new knowledge and learning how to speak and write. It’s an additional benefit if they use a different letter system, so you can additionally boost your performance. People learn foreign languages for different reasons. One of them needs a new language so they can study abroad. Others move to another country due to work, or to permanently change their residence.

Learning the local language is one of the best things you can do because you can’t always hold on the English. This may come as a surprise to you, but not every nation is accepting the English language as a normal part of their culture. They probably know some basic things, but not always as good as you speak it. Also, if you enroll in online language courses, you will be able to connect with other people with the same goal, but also native speakers who are ready to share their knowledge with you. And now, let’s see the potential benefits of your language course enrolling:

If you know more than one language, you are able to access additional literature online and read through it. For example, while you are studying, and there are not enough resources in your native language, you can check the keywords from the other foreign language you speak. You will be surprised by how many resources you will find. The language barrier should be overcome nowadays. Maybe English is the universal language that most of the world is actively using, but there are many other languages that you can consider learning, including German, French, Spanish, or Russian too, so you can use their original literature to boost your knowledge and complete your college degrees.

We can’t deny the fact that some languages are pretty difficult, especially if they aren’t similar to your foreign language. For example, those who already speak Spanish will easily learn Portuguese, French, or Italian. Those who speak Russian, can go for any Slavic language and master it quickly, even though they are the most difficult languages to learn. Also, it’s believed that Slavic languages are more interesting because most of them use Cyrillic letters to write, which is an additional boost for the person that learns it.

Probably all the employers are looking for a person who speaks at least two foreign languages. Being fluent is a benefit to you. Those who want to embrace different career options, should consider enrolling in online courses or actively visiting classes, so they can learn it completely. There are even cases when the employer pays for the course, so the staff can learn the language the clients are using.

You are becoming a part of their culture

You already have your culture you respect a lot, but when you learn some language, you immerse their culture too. Many lessons in the books are about their tradition, and it can make it even more interesting for you. Practicing a different culture than yours is helping you become an active part of the country, and adapting to the environment if you need to temporarily or permanently move there.

It boosts your memory

When you are trying to memorize the new words, and you put them in a sentence, trying to remember the grammar rules, you are improving your memory, due to brain exercises. All the people have different methods of learning, and sometimes languages require a unique approach, so you are able to embrace the language, and start using it actively.

It builds up your self-confidence

Is there anything better than being confident with what you are doing? Knowing that you are able to speak one or two foreign languages is good for your confidence, since you trust yourself and your skills, and you know you are capable of bigger things too. Once you are sure you speak it fluently, all the negative feelings will leave, especially if it’s a requirement for your new job option.

Probably memorizing new words doesn’t seem like some kind of brain training, but it’s the ultimate way to prove yourself you can do anything if you dedicate more time and effort to it. On the other hand, while you are attending the language course, your mind is becoming sharper, and the thinking process is shorter than usual. Plenty of studies proved the relationship between being smarter, a problem-solver, and a new language course. It boosts your cognitive power, so we can say that these courses are literally making you smarter.

You are better at decision-making

When you have to decide which word is better to put in the sentence, so the people can understand you, you are improving your ability to make decisions by yourself in more critical situations in your life. Again, it may seem that there is no connection, but your brain knows how to find and choose the right things, so you can make the best decision for yourself.

You are becoming better at other things

Maybe you won’t become a math expert once you learn Spanish completely, but you will see how your performance in math lessons is getting better every day. There is still a strong connection between arts and sciences, and your brain activity. So if you struggle with something, try learning a new language, and you will be surprised how the other things will go easier.

No matter if you are a student, you hunt for a new job, or you just want to move to another country, knowing their language is essential. You need to start learning it as soon as possible, so you can have enough time to become a pro. So, enroll in that online course, and start embracing the new culture today. 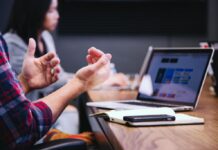 Benefits Of Knowing A Second Language In The Workplace 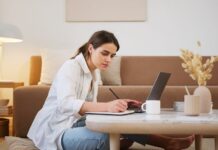 Why You Should Try Learning A New Language 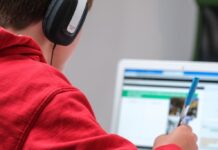