While a majority of Americans may not have a diagnosable hoarding disorder, most of us have more stuff than we know what to do with. Consider these jaw-dropping statistics from the authors of Becoming Minimalist:

One major drawback of all this clutter is its drain on our mental health. Retail therapy may have its feel-good benefits, however short-lived; but over time, rooms, closets and garages teeming with stuff can negatively affect a person’s wellbeing. That’s why decluttering can be a therapeutic exercise for almost anyone, whether or not they have a psychiatric disorder. (Learn how people with anxiety, depression and other psychiatric disorders are learning to manage their condition and achieve better quality of life at FHE Health.) Here are five mental health reasons to unload that extra stuff that’s just taking up space (and there may be more):

A 2009 study in the Personality & Social Psychology Bulletin explored the connection between clutter and “a sense of the home as unfinished” and mood and stress levels in married women. The researchers compared these results with those for married women who used “nature words” or the term “restful” to describe their home. What they found was that the women whose environment was more cluttered and unfinished had higher stress levels and experienced an increase in depressed mood over the course of the day. As for the women who viewed their home as a place of rest and restoration? They weren’t as depressed or stressed out.

Don’t underestimate the power of your external surroundings to impact how you feel. Sometimes taking the time to clear the mess in a room or workspace can help lift one’s spirits or make the stress of a deadline feel more manageable.

Cutting the clutter also frees up one’s visual field, making it easier to concentrate and work efficiently. (By contrast, when there are many objects in one’s periphery, it can be harder to focus on finishing the task at hand, because those visual cues are competing for one’s attention.) When scientists at the Princeton Neuroscience Institute studied how clutter impacts brain function, they found it disrupted the visual cortex’ capacity to process information, thereby compromising focus and attention. One extension of this finding is that less clutter (and less distractions) can reduce the amount of time that it takes to complete a task or work assignment. That can free up more time for those activities that you enjoy and in turn enhance your total wellbeing.

The researchers at Princeton also found that “visual clutter … tires out our cognitive functions over time.” This mental fatigue can take a physical toll, too, leaving a person depleted of energy. Decluttering, on the other hand, can be rejuvenating. Whether it’s a whole day of spring cleaning or just the culling of one closet, there is a sense of pride and accomplishment in completing the task. Many people report feeling lighter and freer after unloading the stuff they don’t need—they’re getting rid of those things that, at least unconsciously, may be weighing them down. It is not hard to see how these effects might also be energizing.

Keeping a bedroom clean and uncluttered is associated with better sleep, according to experts. Research at New York’s St. Lawrence University in 2015 found that people who went to bed in a messy bedroom took longer to fall asleep and had more anxiety than people who went to bed in an orderly, straightened room. People with hoarding symptoms reportedly experienced these same negative effects—only to greater extremes. In a similar vein, a bedroom free of electronic devices is more conducive to sleep, the National Sleep Foundation has said. It also advocates a bed with clean sheets for a good night’s rest. Apparently, there is some evidence to suggest that just the fresh scent of newly laundered sheets may help people sleep better.

Related to the added stress that clutter can create is the problem of overindulging in junk food, along with other unhealthy coping devices. For instance, a 2016 study at Cornell University found that in a messy kitchen, people were decidedly more likely to munch on the cookies than on the carrots. A later experiment at the University of Minnesota replicated these results—only in this case, people chose the chocolate bar over the apple.

What does this have to do with mental health? Eating too much refined sugar and empty carbohydrates significantly raises one’s chances of developing a mood disorder. The wrong types of carbs also increase inflammation, which is linked to depression. In addition to these foods, a “junk food diet” that contains fried foods and high-fat dairy products is more often associated with depressive symptoms, the Mayo Clinic has reported.

What is also worth noting here is that junk food is just one example of an unhealthy coping mechanism that clutter can trigger. With further studies, it will be interesting to see whether an untidy home causes people to drink more, smoke more pot or binge watch more television, among other unhealthy behaviors. The long and the short of it is that we human beings tend to do better with less chaos and clutter. Simplicity, order and less to manage in our minds brings contentment and time to focus on meaningful things. 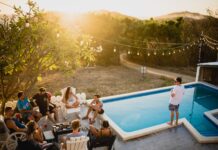 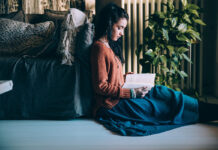 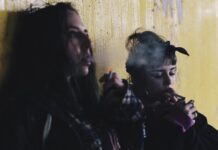 Maria Farnham - January 22, 2022
Gambling is almost as old as humanity itself. On the other hand, cryptocurrencies and blockchain technology are achievements that we have been using for...

Is Rave Clothing Coming Back in Style in 2022?

3 Facts Every Restaurant Owner Should Know About Grease Trap Cleaning

7 Gaming Tips to Get You Started With Playing Diablo 2...