How did H.I.M. become one of the most influential bands in the world? What are their songs about? What is their album called? Find out all these answers and more below!

H.I.M is a British rock band that formed in London, England in 1978. They are known for their dark and gothic style of music, which has been described as glam metal. Read more in detail here: him song.

H.I.M. — formerly known as His Infernal Majesty — was formed in 1991 by singer Ville Valo, guitarist Mikko “Linde” Lindström, and bassist Mikko “Migé” Paananen in Helsinki, Finland, and crafted a combination of metal, goth, and hard rock they dubbed “love metal.” During the band’s early years, they issued two demos: 1992’s unpublished Witches and Other Night Fears and an unnamed 1995 tape dubbed This Is Only the Beginning by fans; that same year, drummer Juhana Tuomas Rantala was recruited to the group. Following their agreement with BMG, they released 666 Ways to Love: Prologue in 1996, a Finland-only release limited to 1,000 copies that included the band’s version of Chris Isaak’s “Wicked Game.”

The group had shortened their name to H.I.M. and added keyboardist Antto Einari Melasniemi by the time of their debut album, Greatest Lovesongs, Vol. 666, released in 1997. With 2009’s Razorblade Romance, the band gained a cult following in their country, which extended to the rest of Europe. The album topped the German and Finnish charts with the song “Join Me in Death,” which went on to become the best-selling Finnish single of all time. When the album was first released in the United States in 2002, a legal battle forced the band to go by the pseudonym HER until they were able to purchase the complete rights to the H.I.M. name; 1000 copies of the American edition of Razorblade Romance were produced under the HER identity. H.I.M. also gained a fan in professional skater Bam Margera, who used his famous MTV series Viva La Bam to promote the band’s music. Valo, Lindström, and Paananen created the Daniel Lioneye side project in 2001, with Lindström on vocals and guitars, Valo on drums, and Paananen on bass; the group’s first album, The King of Rock ‘n’ Roll, was released in September of that year. Around the same time, H.I.M. released its third album, Deep Shadows and Brilliant Highlights. It was the first album to include Emerson Burton on keyboards, and it topped the German and Finnish charts once again. Two years later, H.I.M. returned with Love Metal, the band’s first album to use their “heartagram” emblem on the cover rather than a photo of Valo. Margera directed the video for “Buried Alive by Love,” one of Love Metal’s songs. And Love Said No: The Greatest Hits ’97-’04, H.I.M.’s debut collection, was released the following year, including the title track and a version of Neil Diamond’s “Solitary Man” as exclusive tracks.

Dark Light, released in 2005, was the band’s real breakthrough in the United States, hitting the Top 20 on the Billboard 200 and becoming the first Finnish album to attain gold sales status in the United States. Uneasy Listening, Vol. 1 (including the band’s milder songs) and Uneasy Listening, Vol. 2 (featuring the band’s harsher tracks) were released in 2006 and 2007, respectively. Venus Doom, H.I.M.’s sixth album, was released in 2007, and included the songs “The Kiss of Dawn” and “Bleed Well.” It was nominated for a Grammy for Best Boxed/Special Limited-Edition Packaging that year, but lost to What It Is!: Funky Soul and Rare Grooves. In 2008, H.I.M. released their first live album/DVD package, Digital Versatile Doom, and two years later, with Screamworks: Love in Theory and Practice, the band recorded new songs in Los Angeles with producer Matt Squire. SWRMXS, a remix album, was released as a digital download and an exclusive CD at Hot Topic shops later that year. 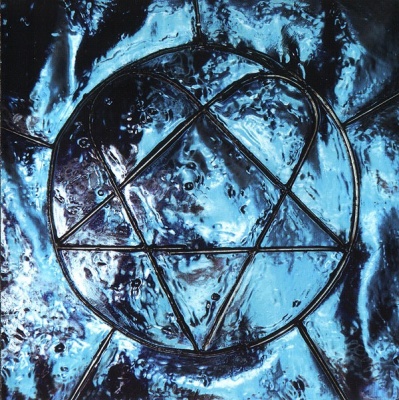 H.I.M. departed Sire/Warner Records in 2011 and started production on their eighth album, although it was postponed due to a bone ailment experienced by percussionist Gas Lipstick (aka Mika Karppinen). Tim Palmer, who collaborated with the band on Dark Light and Venus Doom, stated in August 2012 that he was working on new material with H.I.M. in London. The collection XX: Two Decades of Love Metal was released in October of that year, and it included a new track, a cover of the song “Strange World.” Tears on Tape, the band’s ninth album, was released in early 2013 and included Palmer’s mixing and Hiili Hiilesmaa’s production. After a four-year hiatus, the band announced their split in 2017, after 26 years together.