Tu.tv
Home Beauty & Style 12 Interesting Facts You Might Not Know About Rolex

Rolex is a brand of choice for many watch enthusiasts. For decades, the brand has secured its place as one of the most sought-after and highly valued names in the watch-making industry. Collectors and watch lovers are always in awe and great excitement whenever Rolex launches a new timepiece.

It’s not a surprise because Rolex consistently exceeds expectations. Innovation, precision, and durability balanced with style and comfort are what make this name stand out.

Undeniably, it’s the first thing that comes to mind when talking about luxury watches. Read these 12 interesting facts you might not know about Rolex. Learn these facts that contribute to its immense popularity and success.

1.Where does the word Rolex come from?

A brand’s name has a significant impact on its success. The label with its name Rolex has effectively marked itself in the world of horology. Unlike other luxury brands, the name was not inspired by its founder. They did not give details as to the origin of Rolex. As a result, several theories were created about the brand’s name.

First, according to the founders, the most common and known explanation wanted a name that is short, something that would sound good on a watch, can be easily pronounced by everyone, and most importantly, something memorable. So happens the birth of Rolex.

Others think that “Rolex “is a word in a particular language. But the truth is – no. No language has Rolex in their vernacular or list of terminology. Consequently, the accurate and exact origin of this word is unclear. However, it’s not a hindrance to the brand’s success.

2. One year- it takes a year to make a Rolex watch

One reason why a Rolex is so expensive is the time spent on the production. It takes a year to produce one Rolex. Each watch is individually crafted. Experts masterfully design and assemble each watch being made by the brand. Each piece undergoes a series of rigorous testing to ensure that it meets the Rolex standards.

3. All Rolex watches and movements are made by hand

Other factors contributing to it as a luxury brand are the skills and effort applied to each piece. All Rolex watches are assembled by hand. Their movement is in-house- exclusively produced by Rolex for their timepieces.

4.Rolex makes its own gold

The brand takes pride in its in-house manufacturing, from movements to producing gold.

You might be asking which is the most expensive and cheapest Rolex? The Paul Newman’s Rolex Daytona was sold for a whopping $17.8 million in 2017 during an auction. The watch is not a particularly rare piece considering the materials and its other specifications. However, the story behind it makes this a sought-after item for watch collectors. This timepiece was a gift to Paul Newman by his wife, Joanne Woodward. Meanwhile, the cheapest is Air. King and it costs $2.200.

6.Rolex was founded in London, not Geneva.

It may surprise you that this luxury Swiss brand was not founded in Switzerland, nor the founders were Swiss. In 1919, its history as a Swiss watch manufacturer began as the company moved to Geneva, Switzerland. The need to relocate was because of wartime taxes that were levied on luxury imports. These are mainly silver and gold.

If you take a look at all Rolex watches photographed, you’ll see that all of them are set to 10 past 10. You will also see the second hand at 31 seconds. Such is known as the official “Rolex Time.” Meanwhile, if the timepiece has a watch function, the date is always shown at 28th, and if the watch has a day function, the day always indicates Monday.

Although Rolex does not release information about the number of watches it produces per day, sources say it can manufacture about 2000 pieces a day.

9. In 1996, a Rolex watch helped solved a murder by Canada’s most wanted criminal

This one is a very interesting fact about Rolex. A man named Albert Walker Johnson was one of the most wanted criminals in Canada. Assumed the identity of a certain Ronald Joseph Platt and eventually killed him and dumped him into the English Channel. After two weeks in the water, his Rolex was still working and was the only thing that gave him his identity. Later on, Later on, the body was identified as Platt, and it did not take long to put Johnson in prison.

10.The brand gains over 60% percent profit margins on all their timepieces

When you purchase a Rolex, you are not only paying for the materials used to assemble the watch. You are also paying for the expertise, craftsmanship, mechanism, and innovations put in your timepiece.

This model can be seen on Brad Pitt’s and David Beckham’s wrists. This Rolex watch amounts to half a million dollars. They took a Rolex watch and adorned it with diamonds.

12.The brand has its own team of gemologists.

They work to ensure that only the highest quality gems are used to make a Rolex. They purchase, test, arrange and set diamonds and other precious stones like diamonds and gemstones in various Rolex models.

Rolex exudes excellence and style. When you hear its name, you will instantly think of luxury watches. It’s uncertain how it got its name. Nonetheless, it does not matter. These facts are impressive. They justify why Rolex is a premium and one of the most expensive watch brands. They are proof of why it continues to dominate the industry despite the tough competition.

Every piece from this label comes with precision, durability, and comfort. All are made possible through exemplary craftsmanship and advanced technology. Rolex never disappoints its patrons as it consistently manufactures high-quality premium watches. 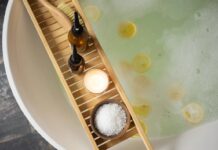 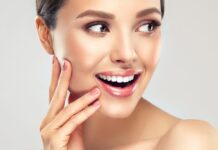 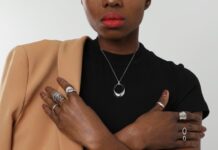 How to Style a Skull Ring With Every Outfit – 2022 Guide

4 Things to Know Before Taking Delta-8 Gummies for the First...