The recent decade has seen many advancements when it comes to television entertainment, with the launch of new platforms and better features like online streaming services and 4K streaming, for instance. Yet there are still cable TV fans out there, all hail the exceptional providers rolling out impressive cable TV offers like Cox cable plans, which allow the cable TV legacy to continue. However, 4K streaming seems to be the game-changer right now.

When it comes to the TV manufacturers, 4K refers to the 2160p resolution and is linked to UHD. OTT has facilitated access to 4K content. But there is a lot to be done to make 4K streaming options widely available. Right now, the viewing options seem to be quite limited, where you can stream 4K content from Sony, Amazon, and Netflix primarily. We can say that streaming giants like Netflix have come up with many titles and others are pacing up to provide more 4K content.

The question, is 4K streaming the future of TV, is legit. Let us have a closer look as to how true is this claim. Dive in!

4K is the new talk in town and everyone seems to be obsessed with this term. It is linked to picture quality, and its application ranges from movies or 4K TV to gaming consoles. We have been hearing about 4K TVs availability in the market. But, what is 4K? Well, it’s not that difficult to understand.

The real buzz about 4K technology is that it enhances the image resolution, and UHD is its form that is utilized in TVs and other products. To get an idea of how big are we talking, let’s apprehend this by knowing that 4K resolution is up to 3840 x 2160p. While the figure for HD resolution that is lower than 4K, is 1920 x 1080p. So, comparing the two figures can help you realize that 4K is way ahead in the resolution streak.

The reality is that 4K content is not entirely common these days and there is not a lot of it available for you to watch. There is more to be done in order to make 4K delivery easier and more accessible. Broadcast TV does not deliver any 4K content as yet. As far as streaming platforms are concerned, they do not offer all content in 4K. Also, streaming 4K requires internet download speeds of up to 256 Mbps that is not very common and most users might not have it.

Moviemakers and TV producers are working on filming content in 4K, but viewers require proper systems and infrastructure to be able to watch it.

Netflix has evolved as one of the biggest 4K content distributers. Its original programs are shot in native 4K, which means that it is constantly working on UHD content creation and increasing its library. On the other hand, we see BBC making waves by streaming its World Cup matches in 4K. The content available in 4K on Netflix is HDR too and the same seems to be true for other platforms as well, including Amazon Prime Video.

One of the limitations with 4K delivery has been insufficient bandwidth. No doubt, 4K content is one of the main highlights of online streaming services. However, the unavailability of sufficient network bandwidth and the stress that comes along is a genuine concern. As more and more users continue to access the 4K content, the bandwidth issue is likely to get more intense. However, when it comes to the cost, 4K content does not increase the cost of OTT. Nevertheless, as the count of 4K content viewers rises, the cost is likely to go up.

Another factor involved is the data limit. You might not get in trouble for watching one or two movies every weekend, as you might not exceed your ISP bandwidth limitation.

However, if you start watching all content in UHD, that can be a problem, since you might end up crossing your monthly data limit and be charged an overage fee.

We are witnessing some major leaps when it comes to the quality of streaming video. Yet some legitimate hurdles in 4K streaming are a stated fact. In fact, another aspect to consider here is that many television sets available in the market these days still lack 4K support in addition to the insufficient broadband infrastructure.

The aforementioned discussion points out that 4K streaming will continue to grow and has great potential, but as for now, it has certain hurdles and challenges to overcome.

Recently, it has been said that the new Apple TV model may not support 4K video streaming due to additional production costs. So, manufacturers and service providers do seem a bit reluctant to invest in the nascent 4K content market yet. As the production costs lower and internet speeds continue to get faster and more consistent, we will see a rise in the 4K streaming trend in near future. 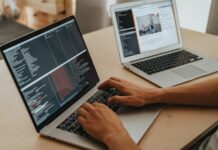 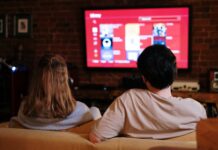 3 Biggest Differences Between OTT and IPTV 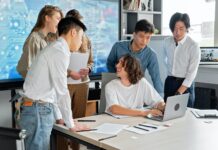 Maria Farnham - January 21, 2022
The Fox Chronicle is the news organization that you want to follow if you want to be up to date with the latest happenings...

Tips and Tricks for Designing a Rustic Living Room

4 Hidden TikTok Tricks and Settings You Should Use in 2022

Why You Need to Forgive Yourself and How to Do It

How To Become a Highly Paid Programmer