Bold and beautiful spoilers suggest that Carter Walton (Lawrence Saint-Victor) will betray the Forresters with his new romance. 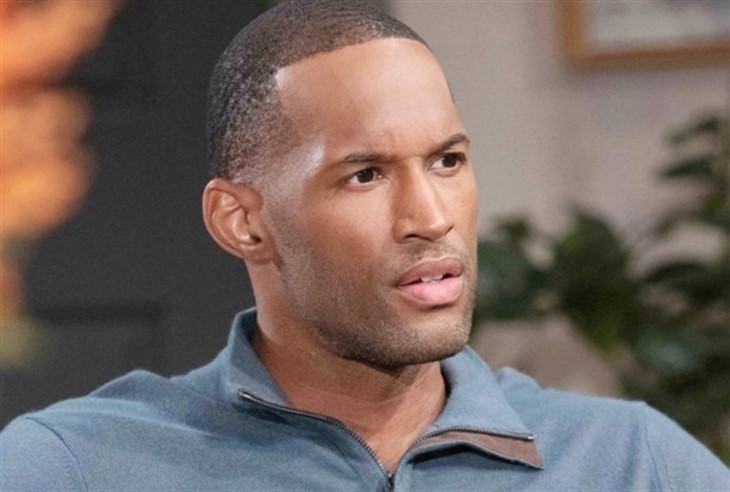 Carter’s love life has had its ups and downs over the years. He thought he had finally found love with Zoe Buckingham (Ciara Barnes), but he was heartbroken again. Despite Zoe’s efforts to find Carter, he refused to give her a second chance.

Now the lawyer has moved on and finds love with someone unexpected.

Carter is friends with the Forresters, but he will be spending more time with a certain family member in the coming weeks.

Judging by the final scenes, Carter and Quinn Fuller (Rena Sofer) seem to be developing a friendship. They recently had a conversation in which Quinn discussed her sex life with Eric Forrester (John McCook). The interaction between Quinn and Carter has sparked speculation about their affair.

Quinn and Eric’s marriage has fallen apart in recent years. Not too long ago, Eric broke up with Quinn after he learned of her plan to destroy the marriage of Brooke Logan (Katherine Kelly Lang) and Ridge Forrester (Thorsten Kaye). But Queen’s friend Shauna Fulton (Denise Richards) convinces the patriarch Forrester to give his wife another chance.

Although Eric and Quinn are reunited, things are not going well for the couple. Eric told Ridge about the problems he was having with Quinn. If they have a problem, it’s only a matter of time before one of them goes crazy. It looks like Quinn is going to be unfaithful to her husband again.

The Forrester family has been good to him. They gave him a job and invited him to family parties. But Carter’s loyalty to them is being tested thanks to Quinn.

Carter knows that going after Quinn is wrong and there will be consequences. He and Quinn will try not to give in to temptation. They will eventually succumb to their passion.

Carter and Quinn’s affair will cause a lot of heartache. This will lead to more problems for Quinn and Eric and possibly end their marriage for good. As for Carter, he’s taking a lot of risks being with Quinn. This will likely earn him his resignation from Forrester Creations, as will all those who have broken with him.

In addition to the misadventures Carter and Quinn receive from the Forresters, they also have to deal with Zoey. Quinn was Zoe’s ally in her quest to get Carter back. However, Zoe will be shocked to learn that Quinn is after her ex-fiancé. Given how obsessive Zoey can be, Quinn has to keep an eye on her.

B&B Spoiler– Do you think Carter Walton and Quinn Forrester would make a good couple?

Don’t forget to get involved with the B&B now. Come back here regularly for spoilers, news and updates from Bold and Beautiful.

How to Use a URL Shortener for Social Media Marketing