Tu.tv
Home health What Is the Correct Unit to Measure Your Weight?

Most people in the United States use pounds to measure their weight, but there is a growing trend toward using kilograms.

There are benefits to using kilograms, such as being able to more easily compare your weight to others around the world. The conversion between pounds and kilograms is simple, and most digital scales will automatically convert measurements for you.

However, before we glorify kilogram, let’s take a better look at which unit is the “correct” unit to measure your weight.

What Is The Correct Unit To Measure Your Weight – Pounds Or Kilograms?

The answer to this question is not as simple as you might think. In order to determine the correct unit to measure your weight, we first need to understand what weight actually is. Weight is a force – specifically, it is the force that gravity exerts on an object. The standard unit of measurement for force is the Newton (N), named after Sir Isaac Newton.

One Newton is equal to the force required to accelerate an object with a mass of one kilogram at a rate of one meter per second squared. So, technically speaking, the correct unit of measurement for weight is actually Newton.

However, in everyday life, we don’t typically deal with such small units of measurement.

When it comes to measuring weight, the two most common units of measurement are pounds and kilograms.

How Do You Convert Between Pounds And Kilograms?

The conversion between these two units is simple – one pound is equal to 0.454 kilograms, and one kilogram is equal to 2.205 pounds.

Or, if you can’t be bothered to do the calculations in your head – just use some kind of an online unit converter.

What Are Some Benefits Of Using Kilograms To Measure Weight?

There are a few reasons why people are increasingly using kilograms to measure their weight.

First, as our world becomes more globalized, it is becoming more important to be able to communicate in a common language – and the metric system is the most widely used system of measurement in the world.

Second, using kilograms makes it easier to compare your weight to others around the world. If you are from the United States and you travel to Europe, for example, it will be much easier to communicate your weight if you use kilograms.

Finally, many people believe that using kilograms is more accurate than using pounds. This is because the kilogram is the base unit of mass in the metric system, while the pound is a unit of force.

Conclusion – Which Is The Correct Unit To Measure Your Weight?

Well, as you can probably suspect – it’s the kilogram. It’s simpler, easier, and ultimately “more precise”. But, if you still want to go with pounds – be our guest. After all, no one should actually care how much you weigh. 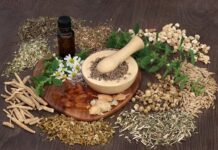 The Uses of Medicinal Plants in Various Medical Issues and Treatments 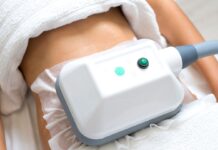 How Much Does CoolSculpting Cost at Ideal Image? The Price You Should Expect Is It Healthy to Whiten Your Teeth?﻿