Diablo has been a very famous name in the world of video games. The developers released the first installment of the gaming franchise on New Year’s Eve in 1996. The developers are now planning to conquer the world of mobile gaming, with Diablo Immortal ready to be launched. The newest addition to the franchise is mobile-based and is scheduled to be released later this year.

The Diablo franchise needs no introduction. However, if you are a newcomer to the world of gaming, and have decided to begin your journey with the unanimous ruler, Diablo itself, then you might as well do some research to maximize your gaming experience. Many websites and guides are available on the internet to help you. You can visit D2R Guides for additional information.

Blizzard Entertainment, the developers have announced that the mobile version of the game, Diablo Immortal would be released worldwide in the first half of 2022. With the release just around the corner, here is a list of 3 things that we can expect from the game:

While this is a common feature in the PC and other Console games, Immortals will have the same feature on mobile devices. Currently, after two public testings, the alpha followed by the beta tests, it can be expected that Immortals have a variety of characters and all these characters can develop in the game.

They can learn and retain moves and combat styles and this can prove to be a game-changer in the mobile gaming world, as currently, not many mobile games offer this feature.

This is another interesting feature that we expect with the incoming version. Different rewards can be clubbed together into one chest or loot box, which can be used differently, or all together at once. If this feature is actually available in the new game, then it would be one of the leading factors of its success.

Different rewards would then can be mixed and matched according to the will of the players and this can be very useful in a battle or duel against various monsters and players.

The game is of course free to play, but it can be interesting to see some microtransactions every now and then. Microtransactions are in-game purchases, which allow the players to buy different amenities and help them in playing the game.

Players can buy different promotional bundles and merchandise from the in-game store or from the official website of Blizzard Entertainment These transactions are important to the game developers and investors as well, as they involve a direct inflow of cash.

The cinematic trailer of Diablo Immortals looks absolutely stunning and promising enough to keep the fans hooked once more, but this time to their mobiles phones. The game is set to be released in the first half of this year, 2022, however, no official announcement has been made by the developers yet. The game is said to be rolled out first for Android users, followed by iOS and other mobile devices. 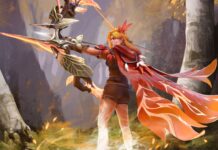 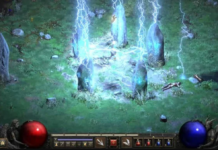 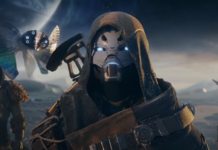 Why Are Tenkeyless Keyboards So Popular Among Gamers?

Maria Farnham - January 27, 2022
Tenkeyless or TKL are small and compact keys, and there are many reasons that make them more comfortable for gamers. Some players like its...

Which Casino Developers Are Based in Australia?