Where would you be without your car stereo? Probably the same place, but it would be a much quieter drive. Your car stereo system is one of the most important parts of your vehicle. It keeps you calm during a long commute and makes leisurely drives on the weekend even better. So, how did we get from the fuzzy FM radio of the past to the futuristic head units of today? Read this quick history of car stereo evolution and see why your audio system is something to be admired.

America Said “Hello” to Motorola in the 1930s

They cost a pretty penny, too. For about $130 dollars a unit (approximately worth $2,000 today), you could have the first commercially successful radio.

Paul V. Galvin and his brother had just suffered through the stock market crash of 1929, and their small business that manufactured battery eliminators that allowed home radios to be powered by electric current. However, their technology was becoming obsolete, and they needed to adapt to a changing market.

The Galvin Manufacturing Corporation improved the cars coming out of the 1920s by adding a car stereo. They combined their talents with William P. Lear, a radio parts manufacturer, to create a sturdy radio that could endure rough and unpaved roads. By May 1930, the Galvins presented a Studebaker with a working radio. Soon after, The Galvin Manufacturing Corporation changed their name to something a lot more catchy – Motorola.

Some younger people may not believe it, but AM radio reigned supreme for several decades before the famous FM transmission took the lead. AM (amplitude modulation) was the first way we effectively heard broadcasts over the radio. However, AM stations interfere with each other.

On the other hand, FM (frequency modulation), allows for much better transmission than AM radio, and finally allowed music to broadcast in homes across the world. However, it took a long time to catch on, because it required people to buy new radios, which were very expensive.

This included car radios until rock music worked its way into our hearts and stereos in the 1950s. People wanted to tune in and listen to their favorite music wherever they were, without having to lug around a heavy record player. In fact, progressive rock took over California in the 1970s, which could have spurred custom car stereo installation in San Diego and other parts of the Golden State that have become synonymous with loud and edgy music.

Fast Fact: Drivers have wanted their music on-demand for quite some time. That’s why Chrysler offered a small turntable in its high-end cars that played seven-inch vinyl records with about 45 minutes of music. As you can imagine, turntables don’t work well on bumpy roads, and Chrysler removed their on-demand music option.

Fast Forward to the 1960s and You Can Finally Play On-Demand Music in the Car – Kind Of
Before the wily cassette tape, there was something called an eight-track tape. This early form of music on-demand is a hard plastic cartridge that contains non-digital audio data stored on magnetic tape, and it was actually designed for jets, not automobiles.

William P. Lear, who was a collaborator with Paul V. Galvin, wanted a simple, long-playing tape system to install in his jets. Eight-track tapes can hold up to 45 minutes of sound, and unlike vinyl records, they are easy to travel with and don’t warp or skip. However, when you’re spending the day on the road, a bunch of bulky eight-tracks ends up being a real pain.

The 70s Brought Us the Rise of the Classic Cassette Tape

Even though these little plastic creations wound up a generation of audiophiles, the cassette tape brought on one of our greatest achievements – the mix tape! Finally, a long-play system that could sound off all your favorite tunes, and it was small, too.

The classic cassette tape could hold up to an hour of music, and was smaller and easier to handle than eight-tracks. As soon as Sony introduced the Walkman, cassette tapes quickly replaced eight-tracks. Plus, you could create a killer mix tape for free by recording broadcasted radio.

A Real Game Changer Appeared in the 90s – The Compact Disc

Created by both Philips and Sony in 1982, the compact disc (CD) uses high data density essential for digital audio signals. This ushered in the beginning of the digital music era, and CDs endured the music industry for quite some time, which meant car audio needed to be upgraded, and fast.

The first car that had a CD player factory installed was a 1987 Lincoln Town Car, and it took several years for automakers to design a CD player that didn’t skip while you were driving.

Eventually, CD players were phased out of automobiles with bluetooth-enabled devices and streaming music. The last CD player factory installed in a vehicle was on the dashboards of the Lexus SC430 and Ford Crown Victoria in 2010.

Digital music has made listening music, podcasts, and everything in between much easier while you’re behind the wheel. Not only do you have unlimited access to millions of songs streaming on your favorite platform, the sound quality is a lot better, too.

Gone are the days of static radio, tangled cassette tapes, and skipping CDs. Streaming digital music has changed the way drivers across the world engage with technology in their vehicles. With features like Apple CarPlay and Android Auto coming standard on most newly manufactured vehicles, your automobiles car stereo can go as far as your smart device can take it. All you need to do is find the best set of speakers for your ride, pick your favorite playlist, and hit the road. Just make sure your passengers know who controls the tunes. 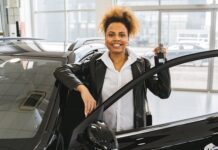 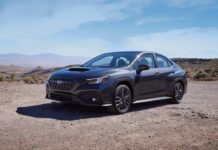 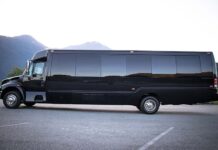