Hurts Biography, Songs, & Albums is a website that will provide you with information about the life and work of the band Hurts. 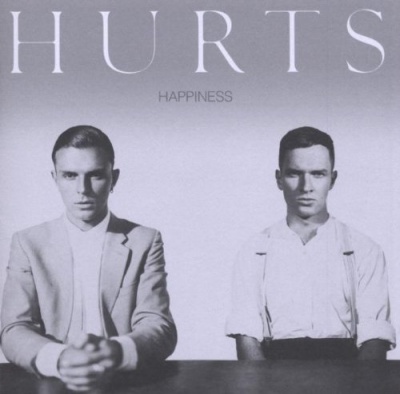 Hurts are a British duo renowned for its dramatic synth-based pop, which draws inspiration from a carefully selected blend of genres such as 1970s Krautrock, 1980s new wave, and 1990s R&B. Happiness, their 2010 debut, introduced them to a sophisticated look. It was a breakthrough album, charting at number four in the UK and number two in Austria, Germany, Poland, and Switzerland, igniting the band’s fervent European fan base. Since then, they’ve continued to develop their style, diving into grandiose orchestrations on Exile in 2013 and embracing pop melodies on Desire in 2017.

Theo Hutchcraft and keyboardist/guitarist Adam Anderson met in Manchester in 2005 and created various bands, including Bureau and Daggers, the latter of which signed to Label Fandango in 2007. Daggers released the song “Money/Magazine” with their high-energy electro-pop style. Hutchcraft and Anderson, on the other hand, became more dissatisfied with the band’s direction, and following a particularly poor A&R showcase performance in London, they decided to dissolve Daggers.

Hurts started concentrating on a more streamlined, gloomy, and emotional sound, trading Daggers’ edgy pop conflict for a prolonged synth pop drama, holed up in a basement studio with the pair now going by the name Hurts. Hurts recorded three tracks with Swedish producer Jonas Quant via the Internet: “Wonderful Life,” “Evelyn,” and “Unspoken.” Hurts’ self-produced, stark black-and-white video for the song “Wonderful Life” went viral in June 2009, and they signed with RCA’s Major Label in July. The band’s fan base expanded even more during the remainder of 2009 and 2010, thanks to the publication of additional songs on their MySpace website, as well as videos for “Blood, Tears & Gold” and “Better Than Love,” as well as more radio play of “Wonderful Life.”

Hurts made their live debut in Berlin in January 2010 after a long hiatus while they worked on their song selection. Shows throughout the United Kingdom and Europe followed, helping to grow the band’s fan base. The song “Better Than Love” debuted at number 50 on the UK singles chart in March 2010. Hurts also recorded the song “Devotion” with backing vocals from pop diva Kylie Minogue around this time, as if to show how famous the group had grown. For the website The Sun, Hurts recorded a live in-studio performance of a cover of Minogue’s 1994 smash single “Confide in Me.”

Happiness, Hurts’ first full-length album, debuted at number four on the UK albums chart in August 2010, selling over 25,000 copies in its first week, making it the year’s fastest-selling album by a band. The album, which included the songs “Better Than Love,” “Wonderful Life,” and “Stay,” among others, was a big success in Europe, and Hurts’ reputation skyrocketed. In 2010, he won many awards, including the BBC’s Sound of 2010 poll, a German BAMBI award, and a nomination for an MTV Europe Music Award. Hurts gained greater public popularity the following year after performing in a high-profile spot at the Glastonbury Festival. The performance was well-received, and NME readers rated it the best of the festival. The band also headlined their first European tour that year, which concluded in a show at London’s Brixton Academy with special guest Kylie Minogue.

Hurts released a long-form promotional video for the song “The Road” in December 2012, in anticipation of their next album and in keeping with their tradition of releasing stylish, immaculately directed videos. The song was inspired by Cormac McCarthy’s novel of the same name and J.G. Ballard’s novel Crash. Hurts followed up with Exile in 2013, which debuted at number nine on the UK albums chart and reached the Top Ten in seven European nations, including Germany, Poland, and Switzerland. Exile included Hutchcraft and Anderson as producers, as well as Quant and Dan Grech-Marguerat, and had a subtle, somewhat more modern sound that included more symphonic and rock instruments while still retaining all of Hurts’ fundamental new wave and Krautrock elements. 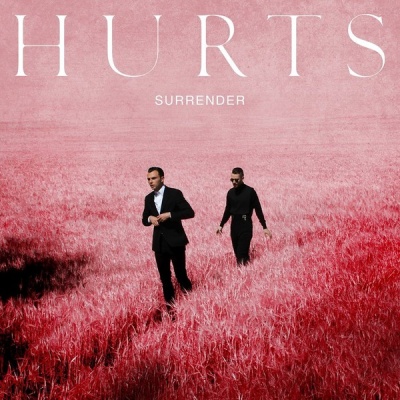 Surrender, Hurts’ third studio album, was released in 2015 and included Quant, Stuart Price (Madonna, the Killers), and Ariel Rechtshaid as producers (HAIM, Vampire Weekend). Several singles from the album were released, including “Some Kind of Heaven,” “Lights,” and “Slow.” It charted at number 12 in the United Kingdom, number 1 in Switzerland, and number 8 in Germany. The band returned two years later with the full-length Desire, which saw them embrace a hooky, popular pop style even more. It reached number 21 in the UK, thanks to the songs “Beautiful Ones” and “Ready to Go,” and established their huge European fanbase. Hurts released Faith, their fifth studio long-player, in 2023. The album finds Hutchcraft and Anderson, as well as Martin Forslund and Joe Janiak, combining pop hooks with an early-’90s goth and industrial sound.