Having had a year’s sabbatical due to the pandemic, the Ballon d’Or is back for 2021 and there are a number of contenders who will fancy their chances at the individual award.

It is the greatest individual prize that a footballer can win and is seen as giving the recipient the official tag of best player in the world. As ever, the top players in the world are in contention and there is plenty of betting interest.

Lionel Messi is the reigning holder of the Ballon d’Or having won the award in 2019, earning a total of 686 points from voters, narrowly edging out Liverpool defender Virgil van Dijk who earned 679 points.

Cristiano Ronaldo came third in voting that year with 476 points, with his last year winning the award being 2017. He is second all-time in Ballon d’Or wins with five, being slightly pipped by Messi who has six.

Ballon d’Or voting is completed by national team coaches and captains, as well as journalists from around the world in order to decide the unanimous best player in the world.

If you are interested in betting on who will win the 2021 Ballon d’Or you can now do so, but we would first advise you to head over to Max Free Bets. They are your one-stop resource for all of the best betting offers and free bets from the UK’s best betting sites, online bookmakers and betting apps. Punters will always get the best value when heading to Max Free Bets.

Continue on to learn more about the main contenders for the Ballon d’Or this year.

The overwhelming favourite to win the Ballon d’Or this year is the reigning holder from 2019, Lionel Messi. Messi has enjoyed a stellar 2021 to date, having had an outstanding individual season with Barcelona that included silverware in the Copa Del Rey. The six-time Ballon d’Or winner finished as La Liga’s top scorer with 30 goals in 35 appearances, while he also scored 38 goals in 47 games in all competitions. It reaffirmed the stance that Messi is still competing at the highest level despite now being 34-years-old and at a stage of his career where most players drop a gear.

However, there is no sign of him slowing down and he took his club form into the Copa America over the summer. He scored four goals in the competition as Argentina went on to defeat Brazil 1-0 in the final and finally won the first major international tournament of his career. What followed was almost unfathomable, as he left Barcelona to join Paris Saint-Germain on a free transfer due to the financial issues at the Nou Camp. Now playing in Ligue 1, he is expected to dominate at an even greater level than he has in Spain over his career.

Few Chelsea fans would’ve believed that Jorginho would ever be in contention for the Ballon d’Or at the end of his first season at the club, which is testament to the Italian’s mentality and improvement as a player. The 29-year-old is at the peak of his powers and has become an integral player for both his club and country, having played a key role in the success of both Chelsea and Italy this year.

For his club, he became one of the first names on the team sheet under new manager Thomas Tuchel alongside N’Golo Kante in midfield and helped them win the Champions League, defeating Manchester City 1-0 in the final. After that, he went away with Italy and was one of their outstanding performers as they won the European Championship. Roberto Mancini’s side were the deserved winners over the course of the tournament and Jorginho’s role in the team could not be understated.

Robert Lewandowski was robbed of the Ballon d’Or in 2020 after the award was cancelled for the year. The Polish striker was the main candidate to win it for 2020 after an incredible individual year that also saw his club side Bayern Munich win a historic treble in the Bundesliga, DFB-Pokal and Champions League.

Winning the latter was Lewandowski’s first European Cup of his career, while they also added the UEFA Super Cup and FIFA Club World Cup to their haul later that year. Last season, Lewandowski scored a ridiculous 41 goals in 29 games in the Bundesliga, bagging a total of 48 goals in 40 appearances in all competitions. Scoring five times in his first three league games this season, Lewandowski has continued his stellar form from across 2021.

Earlier in the year there was the real feeling that N’Golo Kante could win the Ballon d’Or, but as the odds reflect there has been a bit of a drop off from the early hype. It peaked around Chelsea’s Champions League victory where Kante was named man of the match during their 1-0 win over Manchester City in the final.

Having had an understated few seasons under Maurizio Sarri and Frank Lampard, Kante looked back to his best under Tuchel in a more familiar defensive midfield role, reverting away from the box-to-box position that had been bestowed upon him by Sarri. He also impressed for France in the Euros despite them being eliminated by Switzerland in the round of 16.

Kevin De Bruyne has been voted as the best player in the Premier League by his peers in each of the last two seasons after picking up the PFA Player of the Year award in 2019/20 and 2020/21. He again played a key role as Manchester City won the Premier League for what was the third time in four seasons for the Belgian international.

Coming into Euro 2020 with a nagging injury picked up in the Champions League Final, he still impressed when fit and available as Belgium reached the quarter-finals. There is no doubt that De Bruyne is one of the top talents in world football but he likely has a better chance of finishing third than in the top spot. 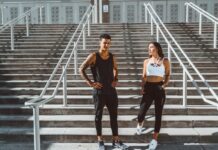 Why Wearing the Right Workout Clothes Does Make a Difference 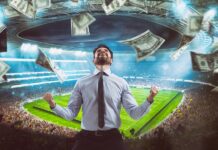 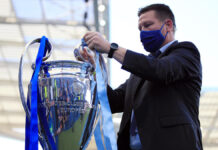 5 Best Ben Foster Movies You Need to Watch in 2021

Maria Farnham - September 23, 2021
If you take a look at Ben Foster’s acting career, you’ll notice that the characters he plays are all extremely diverse. In one movie,...

6 Tips for Decorating your Gaming Room with Neon Light

How to Purify Your Home and Take Care of Your Body...