Tu.tv
Home Car What To Do After A Car Accident

Living in the 21st century without a car is almost impossible to imagine. All the major cities are becoming bigger and bigger, and people would need plenty of time to go to their office and get back home. Of course, the same rule counts for any other location.

We understand the love that you have for different car models. However, this doesn’t mean that everything is going to be perfect. First of all, your driving experience depends a lot on you. You need to understand that driving a car is a responsible thing. Your concentration needs to be at the highest level all the time. Despite that, consuming alcohol is something you must not ever do (even a glass or two) because the consequences can be costly.

Still, you also need to understand that controlling everything and everyone is impossible. Without any doubt, there are plenty of irresponsible drivers on the streets that will talk on the phone while driving, drink alcohol before they sit in their car, etc. Because of that, you need to prepare for any potential issue that could occur.

Of course, our goal here is not to spread negativity. We only want to give you some useful tips on what to do after a car accident. Many people do not react adequately because of the shock they experience. This counts even for those individuals that are mentally strong. That is the reason why you should hear a couple of tips as soon as possible. Let’s go!

Indeed, something bad suddenly happens, we understand that. We also understand the fear that you have! Some people simply freeze because they are not sure whether they made a mistake or someone else. However, all these things are something you will worry about later. You need to calm down somehow and clear your mind.

Now Check If Anyone Is Injured

A high level of adrenaline is going to be present inside your organism. You will not feel the pain in case you suffered an injury. However, before you even get out of your vehicle, check out if everything is okay. See whether there are some visible signs of physical injury on your head, arms, legs, back, and any other part. Without a quick check-up, you will not know whether you can and should get out of the vehicle or not.

After you see that everything is fine with you, you should start checking if other parties involved are good as well. Get out of the vehicle and start a conversation with all individuals that participated in the accident. Ask them if they are fine or if they need any help. If possible, move to another vehicle and see if the driver is all right.

If you notice that someone suffered a serious injury, call an ambulance. If you don’t have a cell phone with you, use other means of communication and ask another individual to make the call for an ambulance.

You can learn on Herrman & Herrman that you need to keep yourself from panicking because it will only make things worse. Avoid acting out as well as all other things that can increase your blood pressure and heart rate. Stay as calm as possible because your organism needs to fight off any injuries you might have suffered at this time.

When talking to people, carefully listen to their replies and see whether they are making sense or not. You can also try asking them where does it hurt them or how do they feel right now. Be mindful of your words since you should avoid saying anything that can further complicate someone’s injury.

It doesn’t matter if someone is injured or not, you need to call 911. As soon as you do that, the better outcome you can expect later. Keep in mind that many drivers are dishonest, and they will try to run away from the place where the accident occurs. Of course, there are a lot of cameras on the streets, and it may happen that they won’t manage to escape.

However, the police need to see everything in person, such as the position of all the vehicles, try to figure out the speed, check out who had the advantage, etc. With all this information, they will manage to write a quality report that you can later use on the court.

On the other hand, the ambulance should be there as well. It doesn’t matter if there are no visible traces of injury. There are certain problems such as internal bleeding that people often recognize a bit late. For instance, the consequences may start to become noticeable 24 hours after the injury. Because of that, let the ambulance check you out and visit the doctor another time in person after that just to confirm everything is fine.

Take Your Smartphone and Make Pictures

Of course, some people may not allow you to do that. However, you should at least have the chance to see for any type of document that confirms the identification of the other people. Officers that come there will do the same, but it would be in your best interest to get this info for yourself as well. Despite that, write down all the addresses, phone numbers, and other relevant data that you will potentially need in the future. This does not count only for the opposite side that participated in the accident, but also for people that were there as witnesses.

After you do everything we talked about, it is the right moment to call the car accident lawyer. We are sure that you are not too familiar with the laws and other regulations.

Because of that, it would be much better to hire someone familiar with all the paperwork and procedures you will have to deal with.

Speaking of law, you can also ask for two different types of claims. One option you have is to claim for the damage to the car, also known as property damage. In that case, you will have to file an automobile property damage claim and try to cover all the costs that you had. On the other hand, you can also hire a lawyer that is going to handle the claims for personal injury that occurred during the car accident.

It is probably much better to have someone experienced with these things on your side than trying to finish the process on your own. If the opposite party hires someone well, you may lose the case even if it was not your fault. We are sure this is not something you would want to allow. 9 Tips for Passing Your Driving Theory Test the First Time 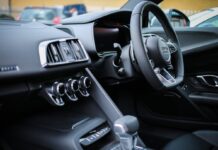 5 Cool Aesthetic Modifications You Could Add to Your Car 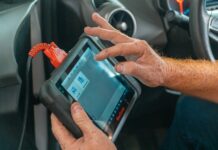