Ford hasn’t been quite active in the Indian car market for a while now. The last vehicle they updated was the Ford EcoSport, where they gave a new variant called SE. We are expecting eight new Ford cars in the Indian market. This article will give you a brief idea about each of these cars. Do let us know which car you are excited about. Get all the information right here at http://cargeeks.net/.

In terms of features, it will get the latest generation of SYNC entertainment systems. There is no official confirmation from the brand about this subcompact SUV. Pictures of it being tested are spotted online.

The new generation Endeavour might come with a 3.0-liter V6 engine on the top-end model, and we think India should get it too. Also, it could come with hybrid technology to make this engine efficient. The design of the new generation Endeavour will be borrowed from the F-150 pickup truck. In terms of features, it will get Ford’s SYNC entertainment system. This entertainment system will support wireless android auto and Apple CarPlay. We are also expecting a 10.25-inch touchscreen display on this full-size SUV.

The Territory is already in the Chinese market. This is based on the JMC Yusheng S330.

There isn’t much information on what we can expect from this mid-size SUV in India. This gets a 1.5-liter EcoBoost engine that makes 138 bhp of power in China. This vehicle is packed with a touchscreen infotainment system, panoramic sunroof, connected CA technology, wireless charging, 360° camera, Hill-start assist, adaptive cruise control pre-collision assist, park assist, etc., and other features.

The Ranger Raptor is a premium off-roading pickup truck. We are expecting a CBU unit to be sold in India soon. It comes with a 2.0-liter twin-turbo diesel engine with 210 bhp of power and 500 Nm of torque. This pickup truck gets FOX racing suspension and a terrain management system that also has Baja mode. The design and the off-road features that the Ranger Raptor will attract customers.

Get the best price now! What Is the Hardest Thing to Repair in a Car? 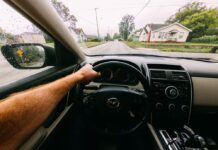 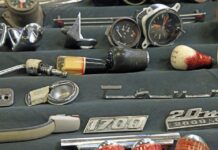 10 Spare Car Parts You Should Always Keep In Your Vehicle