Drug crimes are serious offenses in the United States. Drug possession, drug manufacturing, drug distribution… All of these acts are illegal on both the state and federal levels. It can be difficult to determine how the charges differ on the different levels. If you are involved in illegal activity, you are bound to get in trouble with the law at some point.

Learning the difference between the two levels and the different drug charges can help you to navigate the confusion. It’s always a good idea to talk to your criminal justice lawyer if you have any questions when you have pending criminal charges.

Continue reading to learn the difference in drug offenses on the state and federal levels.

There are two levels of courts in the United States: federal and state. This is important to know because it affects what charges you will face, who you will be tried by, where your trial will take place, and which court system’s laws apply. If your drug charges are trying at the federal level then that means that they are being tried under federal law. The same thing applies to state charges being tried under state law.

The experts from the Law Office of Joel M. Mann report that federal crimes include any crime that involves crossing state lines or international borders (like trafficking ). Because of this geographical requirement, many drug offenses can be filed as federal cases even if the drugs were never actually taken out of the state where they were found. It’s important to note that the federal government has much more authority in its court system than state governments do. This means that they can hand down harsher penalties and may allow for more charges to be filed on a single individual.

Because of the geographic limitation, most drug charges start out as state charges. Someone may get pulled over and found with drugs on them, or they may have a tip called into the state police. The state police will then investigate and determine if a crime has been committed. If there is sufficient evidence that a crime has occurred, then the state prosecutor’s office will take up the case and press charges.

What Do They Have in Common?

On the state level and the federal level, the possession, manufacturing, and sale of controlled substances are illegal. This includes marijuana, methamphetamines, heroin, cocaine, and ecstasy.

Schedule I drugs such as heroin and LSD do not have any medical purpose. They are more likely to be abused and have addictive qualities. Schedule II drugs like morphine may have a medicinal value in a controlled environment, though they still have an addictive quality when abused.

The most severe sentences get reserved for those dealing with Schedule I and Schedule II drugs.

Every state has its own laws pertaining to drug crimes. On the state level, you may see a focus on local manufacturing and possession of drugs. State drug offenses might include:

Getting arrested on a drug charge within 1,000 feet of a school, park, housing project, or drug-free zone has an even more stringent penalty. It is a felony charge regardless of what it is and how much you had on you. You can be sentenced to up to 40 years in prison (with a mandatory 5-year minimum) and have to pay up to $40,000 in fines.

The federal government has its own set of rules for dealing with using, abusing, and distributing drugs. Federal drug offenses might include:

Federal offenses usually involve crossing state lines or national borders into other jurisdictions. However, possession with the intent to sell and drug distribution can easily escalate to a federal offense depending on the specific situation.

If you were to get arrested by a federal officer, you will end up involved in a federal offense. For example, if a DEA official arrests you for smoking marijuana in a national park, you will be charged on a federal level.

These harsher penalties started in 1986 with the implementation of minimum mandatory sentencing guidelines. The case of the United States v Booker made it so that it was no longer mandatory due to the violation of the defendant’s rights as named in the Constitution.

Time is not on your side when it comes to drug offenses at either level. Your first call needs to be to an experienced criminal defense attorney. Getting in touch with a criminal justice attorney as soon as possible will help you get a better outcome for your case.

The experienced attorney will represent you through some of the most difficult times in your life. They can handle cases involving serious drug charges including drug trafficking, unlawful possession of controlled substances, and so much more. Several of our clients have had their charges reduced or dropped completely. 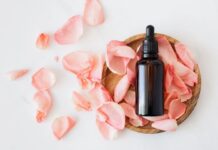 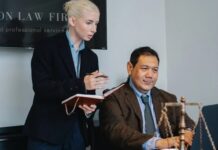 3 Advantages and 3 Disadvantages of IT Outsourcing – 2022 Guide

5 Things to Look For When Choosing Which Bookmaker to Trust