Many people wonder if it’s possible to get banned from a casino for winning. However, as long as you’re playing fairly and aren’t breaking any of the rules, it is unethical and even illegal for a casino to ban you simply just for winning.

Rather what you should be focusing on are the things that people get banned frequently for doing. This applies whether you’re winning or losing, so you only have yourself to blame if you end up unwelcome at one of your favourite casinos.

Additionally, you must also remember that the following applies to online casinos as well, not just your local ones.

Even flexible and user-friendly sites like Jackpot city has certain rules and etiquette that you must follow to be welcomed back any time.

Usually if you are doing something harmless like taking pictures while in the casino, you will receive a warning. However, if you don’t concede to the request to stop, that’s when you may be asked to leave.

Casinos have their reasons for having their established protocols and etiquette and disregarding them can make you look terrible to other players as well as get you banned from the casino. Moreover, ignoring etiquette can take many forms which most people would consider common sense. Such as acting disorderly or being rude or insulting to the casino’s staff.

Having a drink or two might be part of the culture of visiting a casino and most guests do partake. Many casinos even offer open bars where patrons don’t need to pay for their drinks. However, it’s considered extremely poor taste to drink to the point where you start making terrible decisions or behaving in a way that is simply unbecoming. And casinos will easily ask you to leave or escort you out if you are too drunk to function properly or disturb other visitors.

Moreover, it certainly doesn’t serve your best interest if you are there to try and win some money. It makes much more sense to keep the drinks to a minimum and focus on your game instead.

Lastly, and perhaps the most obvious one on this list, cheating. Cheating or even attempting to do so is the most guaranteed way to get yourself kicked out, banned or even land in legal trouble in a casino.

If you attempt to cheat in a casino, it’s no different from stealing and getting banned will be the least of your worries. In fact, you would have to be a little crazy to even think about. For instance, it’s not only the staff and security personal that are keeping tabs on you. You also need to remember that there are countless cameras covering every inch of the casino floor.

From the moment you enter to the moment you leave; you can depend on the fact that you were being observed. So, attempting to cheat or take part in any other illegal activity inside a casino would be extremely unwise. 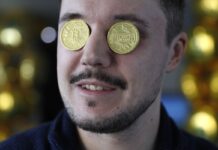 The Two Faces of Cryptocurrencies: Where Does Your Future Point? – 2021 Guide 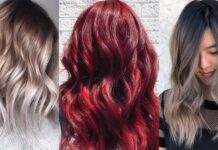 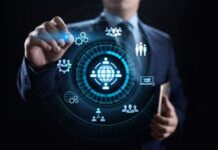 3 Advantages and 3 Disadvantages of IT Outsourcing – 2021 Guide

The Two Faces of Cryptocurrencies: Where Does Your Future Point? –...

5 Conditions that Can Be Treated by Cannabis

How to Find Perfect Speakers for a House Party

Who is Adrienne Williams Bosh? Juicy details about the wife of...