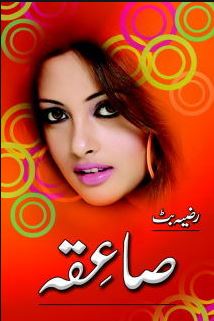 Book: Saiqa by Razia But

Saiqa by Razia but pdf free download is the second most famous novel by the writer. It aired on TV as a drama serial. The main character of the story is Saiqa, and she belongs to a royal family and lives in the palace. His father was Nawab of his tribe. Another main character of the novel is Tahir. He is a photographer. Most of the time, he visits mountains to make photography.

One day he met Saiqa and fell in love with each other. Razia but was a Pakistani novel writer, play writer, and short story writer. She was born in Wazirabad, a small city near District Gujranwala. Her childhood spent in Peshawar. She started her writing career in 1940 when his first story Naila published in a magazine. Her writings mostly based on women. She always talks about women’s strength and women empowerment.

The main character of her story is primarily women. Also, some of her stories aired on TV; most of his publications adopted on the main screen.  She also has written for Radio Pakistan. However, during the 1950s, she took a break from writing, but her total books are 50 novels and 350 short stories. She was a proponent to women. Most of the time, this topic considered a hot topic for a writer to write for the rights of women.