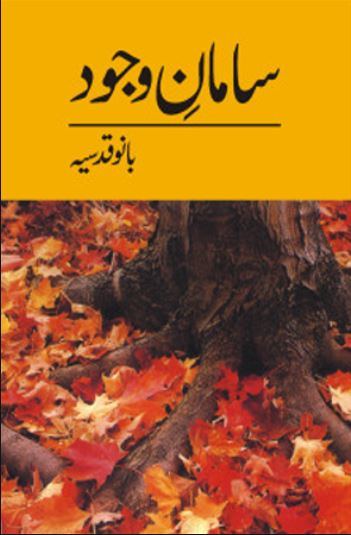 Samaan-e-Wajood by Bano Qudsia pdf free is short stories. Every person who comes into this world is not forever. Everyone has to die.you have to prepare yourself for the next life that is forever. Jameela is a leading character of the first story she fell in love with a boy named Shahid. He was a businessman. At the start, he wasn’t too rich but after some years of his marriage, he has two factories and plazas and some shares in the stock market.

When a person gets wealthy he becomes proud. He starts neglecting his wife Jameela. Parents of Jameela never wants to marry her with him. The ending of such a person is too terrible. In Quran Allah Says; everyone has to taste death. Death is certain, but in wealth, you forget your god. And moves on the wrong way. A professor says wealth is a virus of the current era. No one is happy with his position.

This is next to AIDS until now we are unable to find its syndromes. Bano Qudsia is known as the best Urdu novelist. Her work was different. She raised voice for women. Bano Qudsia is a motivation for many young girls as she maintained her professional career and as a housewife. Many of her books were translated into English and to other languages. She has won an award as the best writer for a lifetime.

Bano got a hype from her novel Raja Gidh Bano always stressed that women should be obligated to her husband. She was graduated from GCU Lahore. Also, completed her master’s in Urdu from the same university. Her husband Ashfaq Ahmad was also a famous Urdu writer. Her services for Urdu literature are unforgettable. She died IN 2017 and buried in Lahore.